My first career was spent working with the Four Seasons Hotels, and though I’ve left the hotel world behind, I’m building what I had when I was at the Four Seasons. Perhaps it’s not surprising that the firm that I am building reflects my history with the Four Seasons. My goal is to build the law firm that Isadore Sharp, the founder of Four Seasons, would have built if he’d been a lawyer instead of a hotelier.  As a result, the service this firm provides to its employees, owners, and clients makes it as easy as possible for our clients to leave No Unfinished Business®.

Schedule a call with Strohmeyer Law.

At Strohmeyer Law, there are certain values that are crucial to our current and ongoing success:

In short, we want to be the legal easy button for our clients. We want to make it easy to get our legal work done without creating additional headaches or discomfort for our clients

Questions to Ask When Hiring an Attorney

Shape of Tax to Come

Four Seasons: The Story of a Business Philosophy – Isadore Sharp

I have to start with the place that my working career started: the Four Seasons Hotels & Resorts. This is the story of how Isadore Sharp, a child of immigrants with no background in the hotel business, created the world’s most admired and successful hotel brand?

A must-read for service culture. Danny Meyer started Union Square Cafe when he was 27, and this tells his story and the lessons he learned developing the dynamic philosophy he calls Enlightened Hospitality. These lessons aren’t applicable to just restaurants.

Meditations is a series of personal writings by Marcus Aurelius, Roman Emperor from 161 to 180 AD, that he used for his own guidance and self-improvement. He probably didn’t intended that it would ever be published. These writings take the form of quotations varying in length from one sentence to long paragraphs.

Typography for Lawyers by Matthew Butterick

While the topic may sound a bit dull, the book is amazingly entertaining and informative. After reading it, you will know, among other things, why Arial should not be used by any serious person ever. You may even find yourself silently judging those who do use it.When I got the first edition years ago, I started flipping through it in my office, then just read the thing cover-to-cover before going home. It has been a game-changer in how I design and draft documents.

Law Is a Buyer’s Market by Jordan Furlong

You may not have noticed, but the market for legal services is shifting. Jordan Furlong outlines the forces behind this and what the future of law will look like

I’ve been lucky enough to do a lot of extended overseas travel, including circling the globe twice. This book explains how anyone can make this particular dream a reality.

After years of helping families draft trusts and other agreements to help control wayward children, I came across this book as a better alternative to teaching children about money.

The 4-Hour Workweek by Timothy Ferriss

I read this book while in law school and thought it sounded like a nice dream for someone else. Years later, I find inspiration in it, not for how little work I could be doing, but for looking at how to structure things so it can be easier for everyone involved.

The War of Art by Steven Pressfield

A succinct, engaging, and practical guide for succeeding in any creative sphere, The War of Art is nothing less than Sun-Tzu for the soul.

Lord of the Rings by J.R.R Tolkien

The Lord of the Rings is an epic high fantasy novel written by English author and scholar J. R. R. Tolkien. The story began as a sequel to Tolkien’s 1937 fantasy novel The Hobbit,
but eventually developed into a much larger work..

A Song of Ice and Fire by George R. R. Martin

Winter is coming. Such is the stern motto of House Stark, the northernmost of the fiefdoms that owe allegiance to King Robert Baratheon in far-off King’s Landing. There Eddard Stark of Winterfell rules in Robert’s name. There his family dwells in peace and comfort: his proud wife, Catelyn; his sons Robb, Brandon, and Rickon; his daughters Sansa and Arya; and his bastard son, Jon Snow. Far to the north, behind the towering Wall, lie savage Wildings and worse—unnatural things relegated to myth during the centuries-long summer, but proving all too real and all too deadly in the turning of the season.

Stranger in a Strange Land by Robert A. Heinlein

Raised by Martians on Mars, Valentine Michael Smith is a human who has never seen another member of his species. Sent to Earth, he is a stranger who must learn what it is to be a man. But his own beliefs and his powers far exceed the limits of humankind, and as he teaches them about grokking and water-sharing, he also inspires a transformation that will alter Earth’s inhabitants forever…

Podcasts — I listen to a lot of podcasts. Here are just a few of them.

It’s like a trial, but in a fake internet courtroom that hears real life disputes on issues such as:

WELCOME TO NIGHT VALE is a twice-monthly podcast in the style of community updates for the small desert town of Night Vale, featuring local weather, news, announcements from the Sheriff’s Secret Police, mysterious lights in the night sky, dark hooded figures with unknowable powers, and cultural events.

George RR Martin’s A Song of Ice and Fire series is a standout favorite for those who love depth, intrigue and epic fantasy. There are subtle details and hidden clues in great number, and those who pay close attention are rewarded over and over, and a re-read seems like a whole new book. History of Westeros is a thorough and critical review of the stories within the grander story that illuminates things not covered in the books.

I learned a lot about management while working for the Four Seasons, and this podcast helps me keep my management skills sharp.

The internet is a big and dumb and weird, and this podcast helps explain what’s going on. But while it’s nominally about the internet, it’s actually an unfailingly original exploration of modern life and how to survive it.

The Lawyerist Podcast is a show about the future of lawyering and law practice.

The Texas Tribune’s weekly podcast on Texas news and politics.

I’ve been on a few podcasts 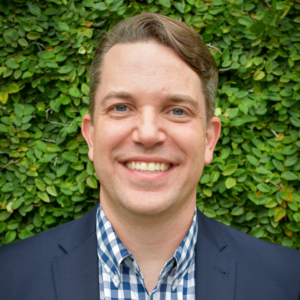